Lighting a Fire With Ember

Back in 2016 a relatively small studio published a relatively small game by the name of Ember. A top-down RPG that aimed to do something different. Described as “A passion project 10 years in the making” I found myself oddly enthralled by it. Warning, potential spoilers below.

The game introduces it’s story immediately with a captivating opening sequence comparable to Windwaker or the first Witcher with the aim of pulling you into it’s world, for me it succeeded. The next thing you know, you’re waking up in a crypt, your crypt. That’s right, you’re undead. Ressurected by a monk who introduces himself as Coren, you begin to navigate your way through the labyrinthian tomb that holds as many mysteries as your head can contain.

Now here’s where I take a break to discuss some of the more abstract concepts within Ember. What Ember does extremely well is it’s combat, it’s apparent immediately that the space bar is going to become a close personal friend as you keep your eyes above each character trying to anticipate what will happen next and how best to respond to it. Throughout the game you will have a party of at most three characters, if you’re like me you’ll be bringing along the twins Coren and Corra. These characters can each have three skills determined by their enchanted gear, weapons, helmets and armour. Early on in the game I must admit I felt frustrated with the system, I kept looking for my skill tree, talent points or perks as I levelled up despite having been introduced to the enchantment system within the tutorial area. However, once I discovered crafting it all began to make sense. Each available skill would appear beneath the character bar located at the top of the screen and you could pause the combat at any moment, click or drag the desired skill to the desired target, unpause and watch the fight unfold. If you’re familiar to action time-based combat from Baldur’s gate, this was that but elegant.

So I touched on a small handful of concepts there that will need to be further discussed, and we’ll start with the characters. Progression in Ember was simple, you gain experience, you level up, you spend attribute points. There are only four attributes in Ember and it’s likely you’ll focus on two for each of your characters. I decided the best way to utilise my party was to include a healer, a ranger and a champion.

My champion was the Lighbringer, the protagonist of the story. This character relied on the strength and vitality attributes. Strength determined the level of weapon and heavy armour he could use as well as the damage dealt, and vitality determined his hitpoint total. For his build I kept him equipped with greatswords and greataxes depending on what enchantments I needed, and usually went with something that had a powerful interrupt or knockdown ability.

My ranger was Coren, the monk who ressurects you at the beginning of the game. Coren relied on dexterity and I kept vitality up just to keep him alive. Dexterity was the deciding factor for ranged weapons and light armour and Coren’s weapons changed between crossbows and bows as I found or crafted upgrades, though I tended to prefer crossbows.

Finally my healer was Corra, Coren’s twin sister. Her primary attribute was intelligence and as is the trend, vitality to support her. Intelligence determined the quality of robes and magic weapons she could use and also influenced the power of healing and damaging spells. She would primarily use a staff, but her healing enchantment was almost always kept in the helmet slot.

I was able to beat the game relatively easily with this trio on normal difficulty, dying only in encounters where I was underlevelled or undergeared, or on the occasional boss encounter. As I improved my understanding of the game I was able to take on more and more difficult challenges within it. The combat system displayed skills as icons, and the enemies had access to the same skills as the player, this meant over time you could learn what a skill did from it’s icon alone and that meant you could react to them in combat. Timing interrupts or knockdowns to cancel a powerful enemy ability, or timing a heal to proc as soon as a large amount of damage had been dealt became an entertaining puzzle to solve during a fight. Collecting those skills was a different matter.

Like all good RPG games do, Ember included a crafting system, and as I am wont to, I was initially intimidated by it, that was until I collected a few recipes. Now, recipes were not required to create items in Ember, if you had the ingredients and used them at the right work station you could create the item, and once I’d found several recipes I was able to piece the others together myself. Crafting is fundamentally the best way to obtain gear that not only performs well but also has the enchantments you want for your characters. Upgrading your gear for greater damage but replacing what has become an essential skill for your playstyle can be super frustrating, and it was exactly that which kept Corra in a level 5 hood for 15 levels just to keep a strong healing skill. Crafting was a simple enough process though and ingredients were relatively common, common enough that I was able to make a new weapon for each of my characters with only a little bit of farming after I’d accomplished enough in each area to level up to where I’d need them, this was less true for armour but my priority is in killing the enemy fast enough that I’d be okay. Some shops did carry interesting weapons and armour that I ended up acquiring for a short time, and enemies could also drop a few uniques that came in useful, but ultimately I finished the game with a completely crafted set of gear.

At it’s core Ember appeared to me to be a love letter to classic RPG games imploring them to take their best features and streamline them. But moving away from the abstract game elements, let’s talk about story.

I enjoyed the story, but it wasn’t revolutionary. If I could liken it to a more popular example I would liken it to Legend of Zelda Ocarina of Time. It was a typical hero quest to save the world that lead you on a collectathon for people who knew better than you what to do, but had to rely on you to get it done. This collectathon ultimately takes you all across the world to long forgotten places in order to reunite the people under your common goal. It was a good story, it’s just hard to argue it’s originality. With that being said, the theme was pleasant and interesting and the additional content surrounding the story kept me engaged well enough. Sadly, I cannot say the same for my companions.

Coren and Corra were sadly underdeveloped. I felt little genuine connection with them, and my options for party members seemed relatively slim. I kept them because they were the ones introduced to me first, and they were twins, for a time I had to leave one of them behind and travel with a stranger and I’ll admit it felt wrong to separate them, but not because I knew much about them. Where other RPGs of a similar style would interrupt the gameplay to drag you along on companion quests, or interject with some pivotal character development plot, Ember never did. Sure the characters had unique voice lines, and occasional dialogue options with NPCs in the world, but in the end there just wasn’t enough. I could’ve travelled with any characters I wanted and it would have felt the same.

As for the protagonist, there’s not a lot to say. There’s no character creation so you’re stuck with the gangly undead creature who climbs out of his coffin at the beginning of the game, short of a few different armour models there’s nothing to distinguish him as the hero beyond his unique race of Lightbringer. By the end of the game you’re just as confused about who he is as you are when you start and it was very underwhelming.

The above characters aside, the antagonist of the Darkbringer was genuinely a breath of fresh air, this character felt like he had purpose, influence and even development, and interracting with him just makes the rest of the cast all that more disappointing. I owe my completion of the game largely to trying to understand the motivations and actions of the Darkbringer, as well as the world in general.

Fortunately, whilst the characters were underdeveloped the world itself was not. The atmosphere was beautiful, and despite the dated appearance of the graphics the themes were incredible, the City of Light blew me away when I first stepped into it and I was never left disappointed as I found new areas to explore. Just as much of the world however was contained in the books and scrolls littering the place. I read everything I came across. There were encylcopedia on the races of the world, detailed accounts of wars fought and philosophical debates on the outcomes of them. Whoever wrote for the game was a genius and my connection to the world as the Lightbringer was far more established in the literature of the past than it was of the actions of the present.

By the end of my first play through I’d only put in 25 hours, it was a shorter game than I’m used too but it was very self-contained and other than the disappointment of the characters, rather enjoyable. I’d recommend playing the game at least once just to experience the world within it. There are a number of secrets too and some incredibly entertaining side quests such as hunting the dragon hunter, or helping true love succeed following a wonderful goose chase. If you enjoy modern RPG games and have never given cRPGs a go, or you enjoy cRPGs and want to experience something a little less intense, Ember is a surefire add to your collection.

If you made it this far, thank you for reading, and may the light be with you. 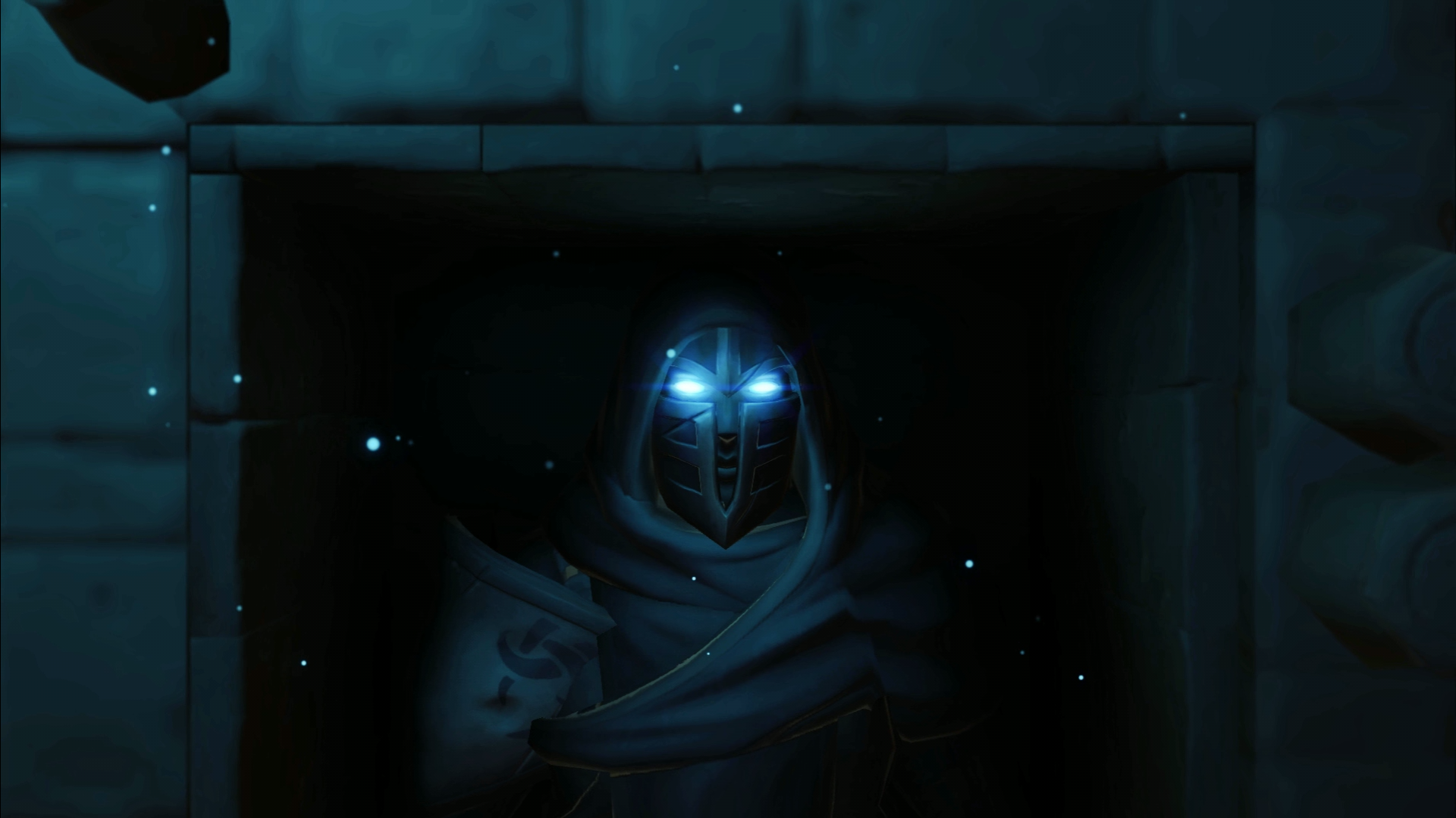